Does Steward work with beginning farmers and ranchers?

How does Steward assess animal welfare in farming projects?

Why partner with Steward versus raising capital independently?

What does the Steward loan process involve?

How does Steward define sustainable and regenerative agriculture?

What kind of agriculture businesses does Steward work with?

Am I eligible for a Steward loan?

Can I use a Steward loan to purchase land?

What identity verification documents do I need?

What should I include in my Farm Page?

How does Lender Checkout work?

What happens when a project successfully meets its loan amount?

How do I find anchor lenders to participate in my loan?

What is the point of the private campaign period?

How do I learn more about USDA funding options?

Does a Steward loan impact my credit score?

What are the do's and dont's for how to talk about my Steward loan?

How do I describe my project to potential lenders?

How is tax handled for my loan participation?

Why did my transaction fail?

How does Lender Checkout work?

How much can I lend to a project?

What lender opportunities are available with Steward?

What transaction methods are available when participating in a loan?

Can anyone from the general public purchase loan participations from Steward?

Is lending with Steward an investment or a donation?

What are the fees for lenders?

Why is personal information required in order to handle payment on Steward?

Why is my transaction still pending?

About the Steward Wallet

What is Steward Regenerative Capital?

How to request an early withdrawal of your Regenerative Capital loan

Is Steward affiliated with the government?

Where is Steward based?

Are you a private company? 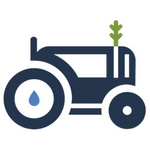 Updated 11 months ago by Steward Team

Yes, Steward is owned and controlled by its founding team, staff, and shareholders.

Steward was founded in 2006 by Dan Miller, whose family has agricultural roots on the Eastern Shore of Maryland that date back to 1884. Unfortunately, like so many other small family farms, their farm was eventually squeezed out by larger producers, and his mom’s generation was the first to make a living removed from the family land.

After growing up in his family's real estate business, Dan co-founded Fundrise - the first real estate crowdfunding platform in the United States.

Though invigorated by the project’s success, he began searching for something more.

As he spent time in his family’s ancestral homeland on the Eastern Shore of Maryland, he began to connect with young farmers. Dan quickly learned how few had access to the funding they needed to grow and succeed. Many of these agricultural entrepreneurs had established their operations on leased land and built a strong customer base of restaurants and individuals, but lending institutions like banks and government entities weren’t adapting to meet the needs of the next generation of agricultural stewards.

With this realization, everything clicked into place: Dan wanted to help rebuild the human-scale agricultural economy that his family participated in. At the crossroads of his passion and experience, Dan saw the potential in creating greater access to capital to fund the growth of regenerative agriculture.

Did you find what you needed?

Where is Steward based?

What is the point of the private campaign period?

What transaction methods are available when participating in a loan?

What are the fees for lenders?